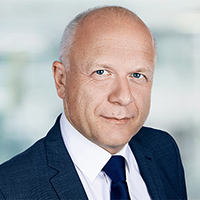 He began his career as a journalist, followed by almost a decade spent working for the Austrian Ministry for Agriculture in Bucharest.

As a consultant he has worked for the World Bank, later becoming specialised in EU and nationally funded projects in Romania. With a focus on production and alternative energy, he has been involved in projects in all sectors of the economy, which has seen him work with both international and Romanian companies.

Renewable Energy (Part 2) | How is the EU going to finance renewable energy projects?